Happy Thursday–or should I say Throwback Thursday! That’s right. I’m sure by now you’ve been bombarded with baby photos, high school yearbook pics, or maybe even just selfies from last week from various social media followers. And I hate to say it, I hope I don’t sound ridiculous: but I’m about to add one more throwback to your day. Only this time, its in the form of an article I wrote about Celebrity Trainer and Body Transformation Specialist Corey Calliet.

Boasting big-name clients such as Terrence J, John Boyega, Rocsi Diaz, and Lance Gross, Calliet is known most notably for transforming Creed and Black Panther star Michael B. Jordan‘s body from wholesome snack to full course meal. He also stars on E! Revenge Body with Khloe Kardashian where he whips contestants into both physical and mental shape in order to bring about the best versions of themselves.

Our original conversation took place December 2018 , so grab your gallon of water enjoy this walk down memory lane. And be sure to RUN to the nearest gym after because, well,–you know you should. 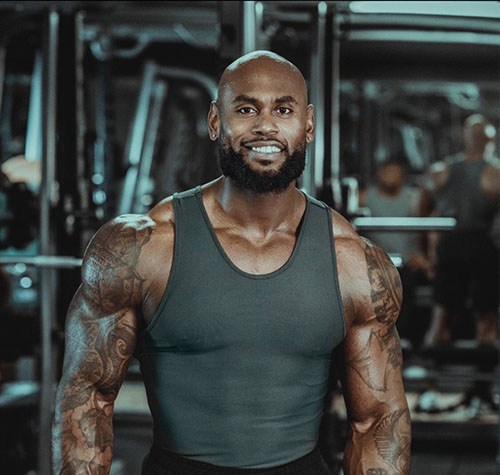 E!’s Revenge Body has become the latest addition on my list of TV guilty pleasures. I’ve always been a sucker for a good transformation and seeing these people literally change their lives in a matter of 12 weeks gives me all the feels and motivation needed to drag myself to the nearest gym. But what I’ve come to realize is that the people who serve as the driving force behind it all, the trainers and life coaches, are arguably just as alluring and inspiring. Enter celebrity trainer and body transformation specialist Corey Calliet. With a blunt yet endearing personality and a cutting-edge yet challenging approach to fitness, it wouldn’t be long before the world took major notice of the New Orleans native.

After moving to LA in 2014, Corey was catapulted into the spotlight after CREED, when actor Michael B. Jordan became physical evidence to his fitness training prowess. And thanks to two record-breaking box office hits, namely Black Panther and CREED II, the young 30-something has been highly sought after by celebs, professional athletes, and the likes and is arguably more visible and busier than ever. Which is something that becomes evident during our chat that ironically takes place within a small window on his jampacked schedule.

According to Calliet, he “wasn’t expecting everything to blow up so quick,” but he makes it clear that his expeditious trajectory wasn’t just due to just good fortune alone. Citing what he calls the “journey from the hood to Hollywood”, it was his confidence to believe in his dreams coupled with the determination to evolve and go beyond his humble beginnings that makes Corey stand out among the saturated market of fitness gurus and exercise experts. And now with his own fitness brand LEVELZ entering the game, he lets me know that despite the prominence and prestige, personal success via fitness has never been his only end goal.

“I don’t care how big or famous I get, I want to always be able to talk to the people,” he says. “The people are the ones that make you, they’re the ones who go with you on your journey.”

But don’t let the Nike sweats fool you. There’s a lot more to Corey than just dead-lifts and dumbbells. Up next for him is a territory that seeks to work a muscle you can’t define or discover in the weight room: acting.

Catching a mere glimpse into this particular skill set during his cameos in CREED II this past November, Corey admits that he’ll be flexing his muscles onscreen more in the upcoming year casually making mention of his first official movie script he’s just received a few days before our call. The focus in the forthcoming months he says, is to get in front of the camera in a way that has nothing to do with training. It’s to show people just how they too, are able to pivot into a different industry and still be able to flourish. It’s to show them that it’s okay to go full speed in the direction of their dreams in order to lay hold of future you once thought unattainable. And perhaps at the heart of it all, it’s to show others how to continue push onward and upward into their future no matter what shape or form the past has taken. 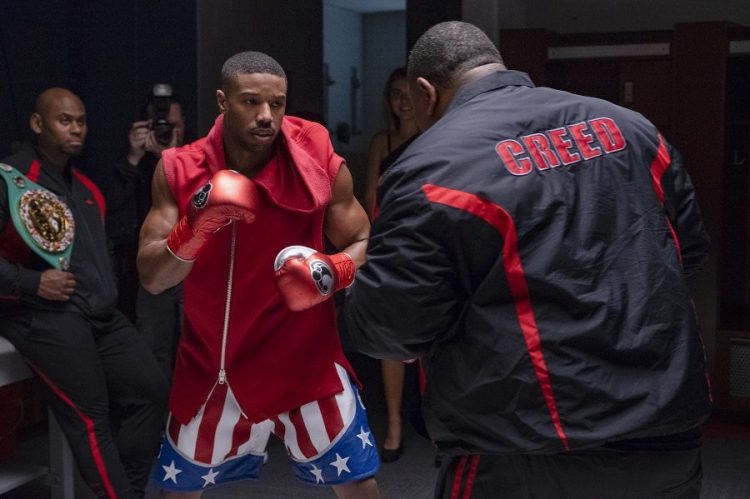 “Coming from where I come from and going through all I’ve gone through: it’s all prepared me. So, I use my journey to inspire people to be greater than they ever thought they could be. I don’t do this for me, I do this for everyone else.”

And if you needed further proof of this, just take a scroll through the hashtag #CallietWay or a quick peek at his own personal social media. It’s filled with fans and followers alike tagging him in their latest gym selfie, weight loss progress pics or sometimes humorously and touchingly interacting with him under his motivational posts on Instagram. And that’s because Corey has masterfully finessed the task of putting the “personal” back in personal training. He knows that it’s the lives he touches by helping them shift both internal paradigms and external pounds that serve as the major motivation that helps him to push forward and go harder. And it’s the ability to relate to others and inspire them in and out of the spotlight that makes training all worthwhile.

“Everything I’ve gone through was to help somebody else get to where they’re going. And if I had to go through the roughest of times to get to the better times, that’s just proof that my life was a full transformation. My whole life is proof of that.”

Transformation. Defined as a thorough or dramatic change in form or appearance.

But for Corey Calliet this 14-letter word is more than just another entry in the dictionary.

It’s a way of living and it’s something he plans on continuing to carry out in the lives of others, one encouraging word at a time, one fitness challenge, one bicep curl at a time.